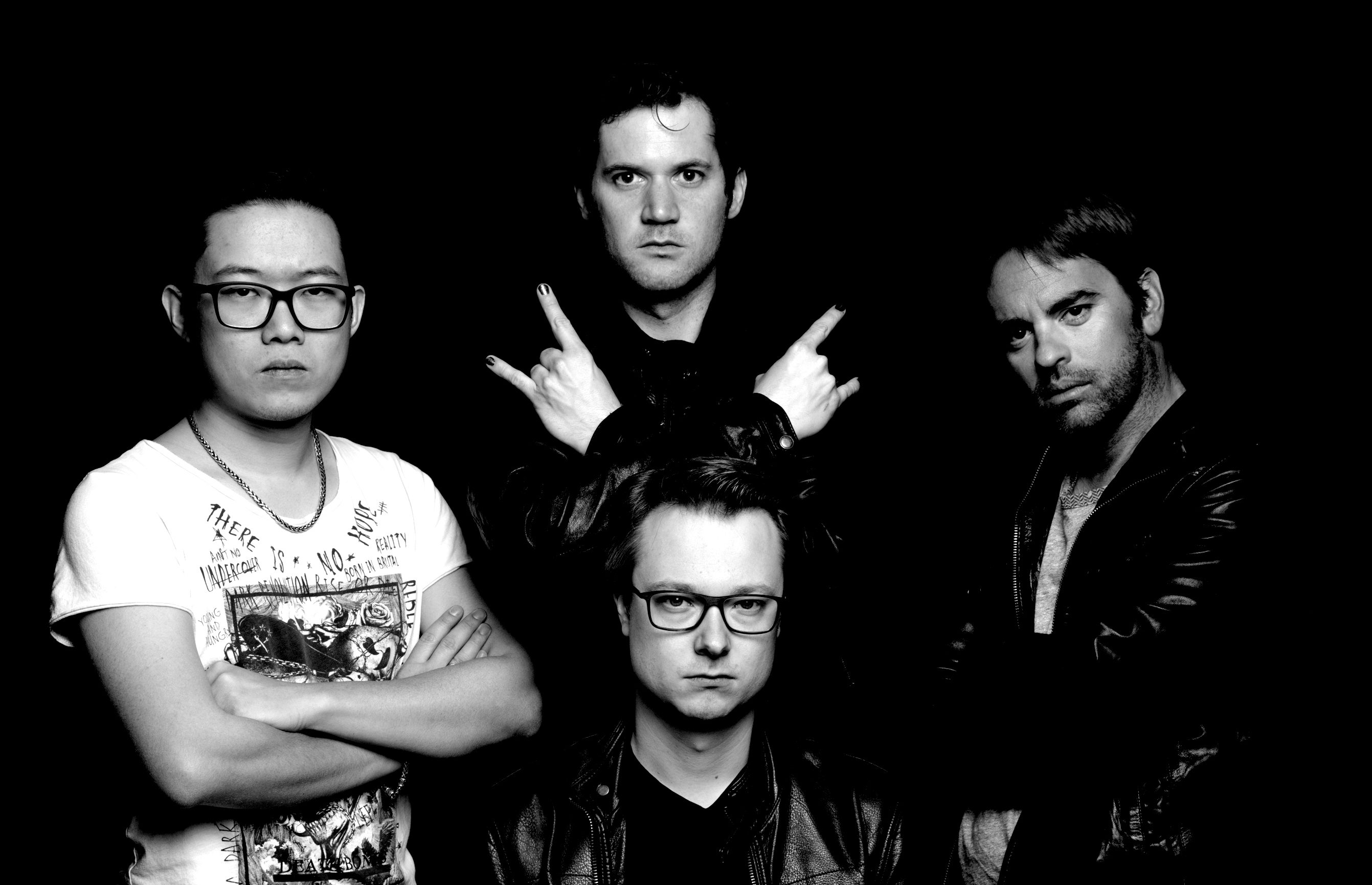 We are CellOfHell-an international Hard Rock Band consisting of 3 electric cellos, and drums based in Basel Switzerland. Cellists are Georg Dettweiler from Germany, Ekachai Maskulrat from Thailand and Joonas Pitkaenen from Finland. Our drummer is Alex Waeber from Switzerland.

After we met through the Kammerourchester Basel we decided to establish a rock band inspired by the finnish cello rockers Apocalyptica. We made our debut in 2014 at a Festival in Germany. After that initial success we started storming the world with our authentic,unique sound, as CellOfHell. Since then we have been playing in clubs in Switzerland and Germany and we have appeared twice at the Klangbasel Festival. We have taken part in the Basel Chamber Orchestra’s Nachtklang Series. Also we have performed at the Festival Klassikanderswo, the International Haendelfestpiele Göttingen, Musica Bayreuth, the MS Stubnitz Hamburg and the Rockfestivals Rock am Rhy and Rohes Fest Basel. In 2022 we made our debut it Spain at the garden of the Royal palace in Madrid.

2022 saw our first studio recording- our awesome album Braindead. On this you can find incomparable tracks like ‚Stinky Tofu‘, ‚Dirty Antonis V‘ and ‚Braindead‘. The title track Braindead has listeners bouncing and shaking their heads-an exhilerating experience. You find it on all streaming portals like Spotify, Amazon music and Apple music.